In the face of all the catastrophe thinking and story-telling, why the optimism of thrivability? 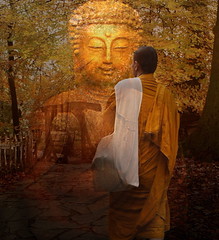 This optimism is not blind idealism or the search for some dreamy utopia. A thrivable world will exist (and has existed) in a strange balance and tension where there is more health and generativity than illness and destruction. That does not mean there is not destruction. Old orders must fall, become the compost of new life, and cycle through. Ideas get refined and transcended. A thrivable world is not static. It is not the end of suffering or the birth of a hedonistic paradise. Instead, think of a garden or better yet a meadow.

So, let’s be pragmatic. What is the basis for being optimistic about thriving given stories of catastrophe and crisis. I will merely mention these – you can find more easily by digging deeper on any of it. This is the big picture overview. Also, it is not comprehensive. I offer here only a half dozen examples of why optimism is warranted.

Yeah, you heard those before….but it is working? What about people who are dying!

Okay, so kids are more likely to live (but we can keep improving that) and there is a downward trend in warfare/armed conflict. We can communicate better and have more time to make the world better (or be entertained or both). But what about the environment?

The effects of these laws have been very positive. In the United States between 1970 and 2006, citizens enjoyed the following reductions in annual pollution emissions:[48]

Please don’t take this to mean that we are done. We are not. AND, when was the last time you heard that we had made progress?

So we have been making some progress, and actually there are some positive trends. Now let’s add in a few juicy additions:

These are just a few of the things that make me optimistic in the face of catastrophe stories. What are yours?

@jhagel: More cause for optimism – we are having fewer children and living much longer – great visualization of global trends http://bit.ly/c93ven

25 thoughts on “Why the optimism?”